“It was a christening of opportunity,” said Johnny Martin, chief operating officer. “The boat was passing through Lake Providence and we were able to bring her into the harbor for the christening without losing a lot of productive time on the river.”

The namesake is the wife of the company’s vice president-transportation, Gabe Gattle, who was chosen to fill that position a short time ago. He is a 2006 graduate of Louisiana State University with a degree in chemical engineering and an MBA from Baylor University. He started with Terral RiverService in the marine division in June 2008. 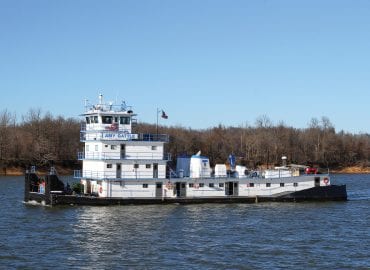 The Benefits of River Transport